Impressively, the controller currently comes supplied with its very own flight case. To the left of the display there’s a rotary encoder, while to the right sits a small but workable ribbon controller. There were other problems, too: Documentation could be better. First impressions are good, but less-than-perfect integration with the latest software and poor construction let the Bitstream down. At first glance, the Bitstream looks pretty cool.

The Bitstream can be programmed from the front panel using its buttons and rotary encoder, but if you’re using it with a computer, it’s easier to set it up using the included software instead. Our Verdict First impressions are good, but less-than-perfect integration with the latest software and poor construction let the Bitstream down.

Ultimately, this is a controller that doesn’t quite live up to its potential. Documentation could be better.

Reason users, however, can rejoice – the Bitstream features a special Reason mode that intelligently maps bitatream Reason modules, which we’re happy to report works very well indeed. We had further woes trying to set the unit up to work with Ableton Live 5 and found that the instructional PDF on the website missed out some important information that we later located on the Wave Idea forum.

The Bitstream 3X is a control surface that offers a little bit of everything. Still, thanks to some foam padding, the Bitstream, its power supply and a USB cable can all fit in snugly, and the case will be a godsend for people who gig regularly or move about a lot. 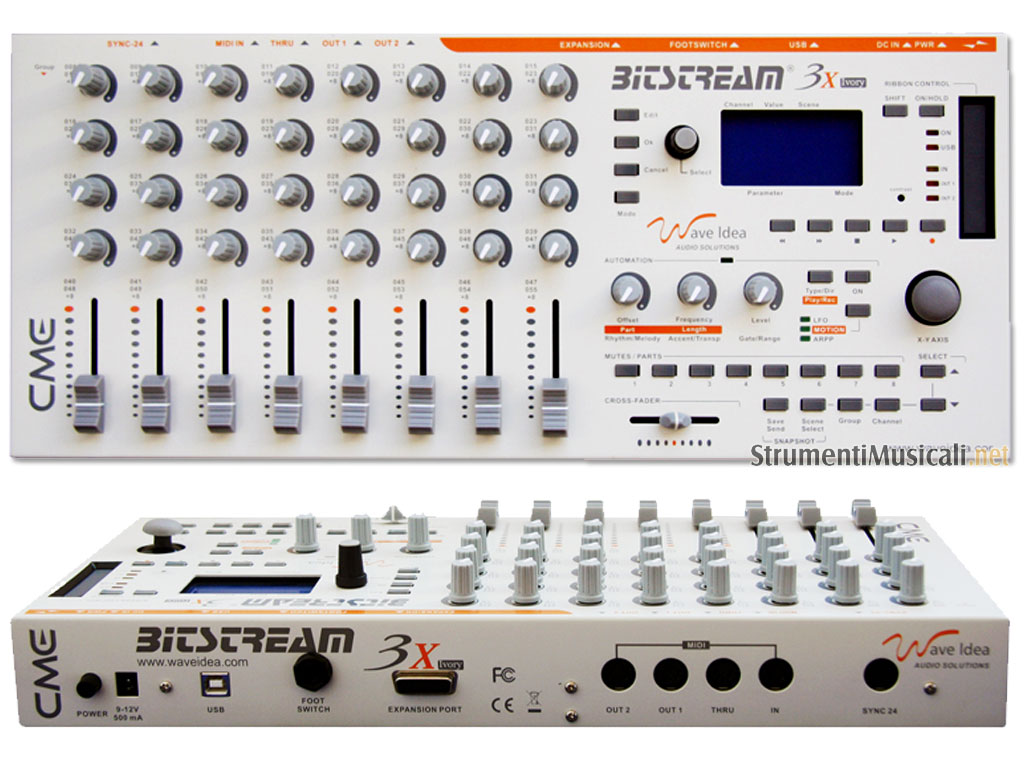 If you can’t be bothered with all this configuration nonsense, you’ll be pleased to hear that the software comes pre-packed with a bunch of settings for classic hardware and software. It does have some cool bitatream and the Bbitstream integration is great, but that suspect build quality is a real problem and the documentation could be better – as mentioned, there were omissions in the Live 5 PDF we downloaded from the website, and many of the page numbers in the printed manual’s index are incorrect.

To the right of these controls things get a little more interesting; towards the top of the panel there’s an LCD display reminiscent of those found on workstation keyboards. Thankfully, the unit can be USB-powered too, so you don’t need the wall wart unless you’re using it bitsteram your computer. To the left of the display there’s a rotary encoder, while to the right sits a small but workable ribbon controller. Useful for live performers. 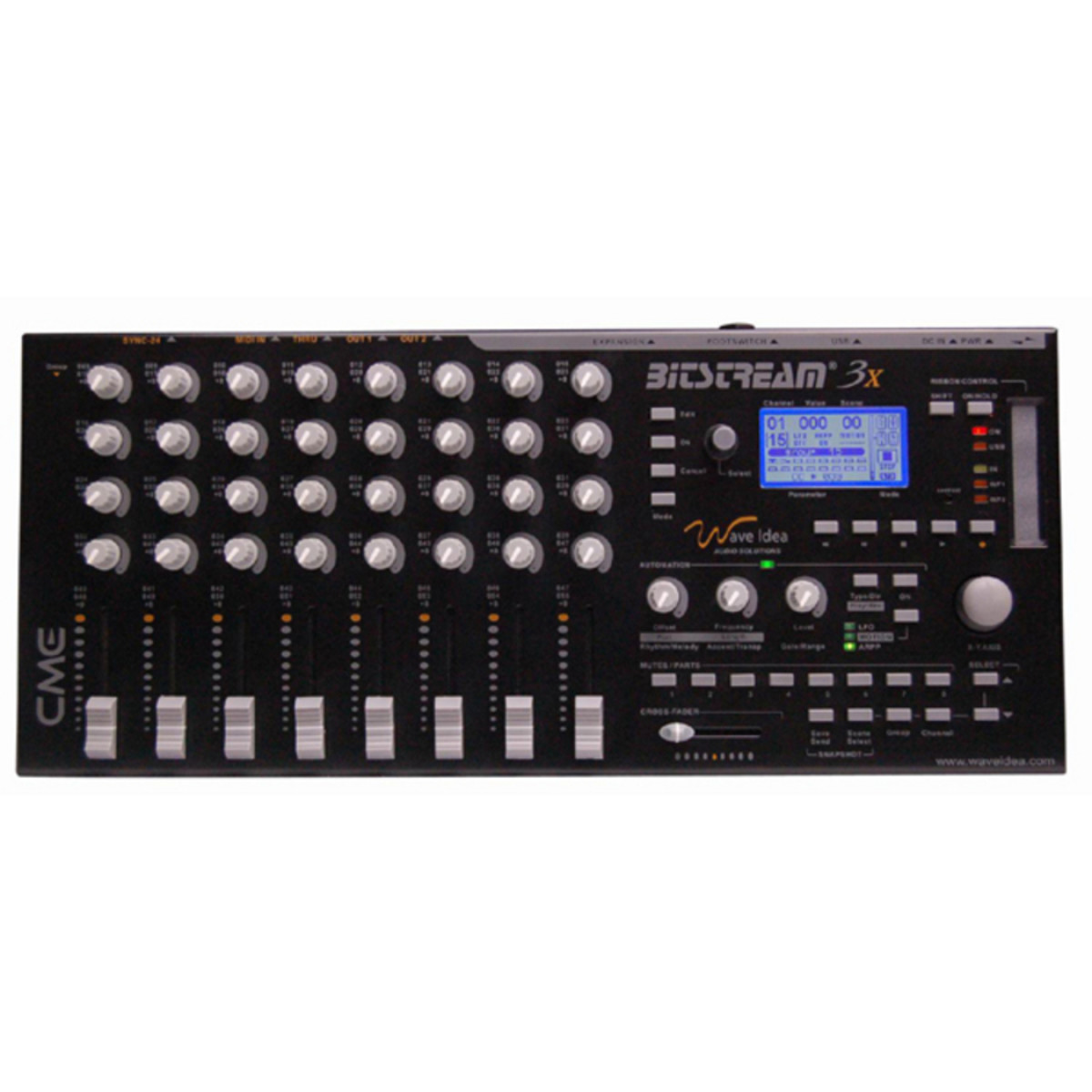 There were other problems, too: With luck, there’ll be a ‘Mk II’ version that improves matters, but at the moment, there are far better control surfaces on the market. However, there’s a heavy bias towards old hardware, so if you want to control your more up-to-date software, you’re better off using the 3X in Mackie Control emulation mode.

The 3z share of the 3X’s top panel is filled with knobs and faders.

Impressively, the controller currently comes supplied with its very own flight case. First impressions are good, but less-than-perfect integration with the latest software and poor construction let the Bitstream down. It’s not particularly big, but it does display a fair amount of information and is certainly a useful feature.

Below these you’ll find a two-axis joystick, the highly unusual Automation section, a row of mute buttons and a dinky little bitetream. It will only be included with the first units, though, so if you want one, get on the case as it were. This could make the 3X a potential prospect if you use Propellerhead’s software, but we’re not convinced that this functionality sufficiently justifies the sub-par construction.

This is a nice touch, though the case does seem rather large when you consider how modestly-sized the hardware itself is. At first glance, the Bitstream looks pretty cool. Cons Poor build quality. This is cross-platform and enables each of the controls to be set up as a CC or Note On. These are arranged in standard mixing desk style – you get a row of eight faders with a set of four knobs sitting above each one. Unfortunately, closer inspection reveals that the build quality is less than rock solid – on our review unit, the niggles ranged from the subtle the faders all pointing at slightly different angles to the ridiculous two of the foot stands were shorter than the others, so we had to bitstrewm a paper wedge to stop the unit rocking during use!

The sexy black bitstgeam and uniform grey controls give it a ‘military chic’ vibe, while the rows of knobs and buttons are reassuringly high-tech. It’s unusual in that it appears to have been designed as much for traditional MIDI users as it has for computer musicians – in fact, it even comes with a power supply, which is quite a throwback in these days of powered USB connections.